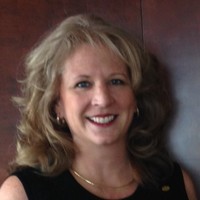 Debi Gilbert, President, Atlanta Chapter of IFMA wrote a note to me recently:

“I read your article “What Is The ROI Of IFMA Membership” and I LOVE it! Would you mind if we used this at Atlanta Workplace, March 15, 2019?”

She had to jog my memory and send a copy of the article to me because, embarrassed, I could not remember what exactly she was talking about.  To this day, I cannot remember who asked me to write this.  Regardless, here is an updated version of what I wrote a decade and a half ago during the fog immediately following my daughter’s birth.  I’m sad I will not be at Atlanta Workplace as I will be at the Georgia Alliance of Interior Design Professionals’ (GAIDP) semi-annual CEU event “MIX IT UP” to support licensed designers.  GAIDP is a not for profit legislative coalition of Interior Designers in the state of Georgia.

Why am I a member of the International Facility Management Association (IFMA)?

Maybe the answer to this is the human need to “belong” or to “associate” with those who share similar interests. Much of why anyone joins and becomes a member of an association is personal and the benefits derived from membership and involvement is again, personal.  Some of us are told to join by our employer.  Some of us choose to join and whether the employer covers the costs or not, we continue to maintain our membership.

Maybe the answer is because I actually took a course about facility management while an undergraduate back in the ‘80s.  Well before the creation of the IFMA Accredited Degree Program platform of higher education in FM.  Our professor was a member and told us about this “new” organization.

Maybe the answer is that I joined IFMA because I didn’t know to run.  In 1988, having been out of college less than a year, I met Dave Cotts and his big hand shake, ear-to-ear grin (I can hear him thinking “got one” even to this day), and coaxing “now you really should join this association – it will help your career”.  I still have the business card and IFMA flyer that he handed to me that day.  He was “President of IFMA”.  Wow!  (Membership Committees… get them while they are young and impressionable!)

What is the return I have received from the investment of my time as an IFMA member?

I think the better question is “Why am I still a member after 30+ years?”

My reflections on personal ROI are different today than when I first wrote an IFMA ROI tale in 2003.  Then, it was a very thoughtful time in my IFMA “career”.  My eight years of international board service for IFMA and the IFMA Foundation had just ended and I had just celebrated my fifteenth anniversary of membership shortly before attending my 13th consecutive annual conference.  Now, a member of nearly 31 years and having attended 21 consecutive and I can’t count total annual US conferences, European conferences and other IFMA events, I still find value in the networking and knowledge sharing.  In 2003 I wrote “Well, so much for the illusion that I remain a youngster in this profession.”  Today I say “What’s next?  I have a long way to go before I hang up my PMS485 color chip and stop bleeding IFMA red”.

To me, the return on my time as an IFMA member is what I call my global extended family of learning, development and friendship.  Associate as a verb is defined as “to join in a relationship.”  So much, if not all, of my ROI is about the people I have met and now call mentors (and today, mentees) or friends or simply, professional acquaintances. The people.  From Dave Cotts and his urging for me to join IFMA in 1988 to Dr. Larry Spaine, as my employer, for supporting my joining and getting involved in the leadership of the Public Sector Council to Dr. Doug Aldrich for throwing my name into the leadership ring in 1995.  Fred Hess, Lanny Felder, Bob Baird, Stephen Ballesty, Dave Brady, Linda Beverly, Albert Pilger, John Carrillo, Guy Thatcher, Jesse Calvi, Gary Broersma, Sheila Sheridan, and a slew of others who opened doors simply because we were “associated” and built firm relationships

More important thought is the stability derived from “belonging.”  I have worked for multiple organizations over the last 30+ years, sauntering back and forth between “in-house” and “out-house” with some dabbling in the consulting game. Constant by me always were and are the passengers on the good ship IFMA including the members of the body of IFMA Fellows, headquarters staff, council/chapter/community peers, vendors/partners, IFMA volunteer leaders, and others that are extensions of the IFMA community. If one considers me successful in my career, I must attribute that success to those on board the good ship IFMA with me.

Why have I been a volunteer leader?

Certainly, it is NOT because of the IFMA paycheck.  There is no direct financial gain to be a volunteer leader of IFMA or any association (if there is, check those ethics!). The IFMA paycheck, though lacking in numerals other than zero, is full of opportunity.  Networking.  Honing leadership skills.  Learning.   Just to name a few.  The answer to this could also be that I was still young and impressionable when the Public Sector Council was formed in 1991.  I knew nothing!  Though I said yes when I was nominated and elected to be Secretary of the Council at our inaugural meeting in San Diego and went on from there as the second president, and now honorary founding member.

It could be that it is in my genes.  That I can’t stand to be on the sidelines – that I want to be in the game.  But does it really matter why?  “Just Do It” comes to mind.  My university motto is “UT PROSIM” … that I may serve… serving in organizations that are meaningful and can impart wisdom and better our world – perhaps there’s a bit of that too.

What is the return I have received on the investment of my time as an IFMA volunteer leader?

Although much of my “time served” for the Association, Foundation, the Atlanta Chapter of IFMA, the body of IFMA Fellows, is in organization, governance and strategic planning, I have had many opportunities to stand in front of many IFMA audiences and have always worked into my presentation the statement “ask not what IFMA can do for you, but what you can do for IFMA” to draw from a quote by a famous American leader.  I followed that statement with comments on how one will get more out of IFMA the more one puts into it.  I believed it then and I believe it now.  Noting that IFMA paycheck again, the opportunities to learn and hone our skills as facility professionals and in fact, to launch into other endeavors BECAUSE of our IFMA volunteerism is priceless.  Couple that with building a long-standing global network of “friends” and professional colleagues from many corners of the globe and diverse backgrounds far outweigh any financial gain.

But for me, the most significant ROI is that hopefully, I have left a legacy.  That somewhere, there is an individual that was motivated by what I had to say whilst promoting the association and profession and became an IFMA/FM leader and has advanced his or her career personally while contributing to keep the good ship IFMA on its steady course.

So, what’s your story?