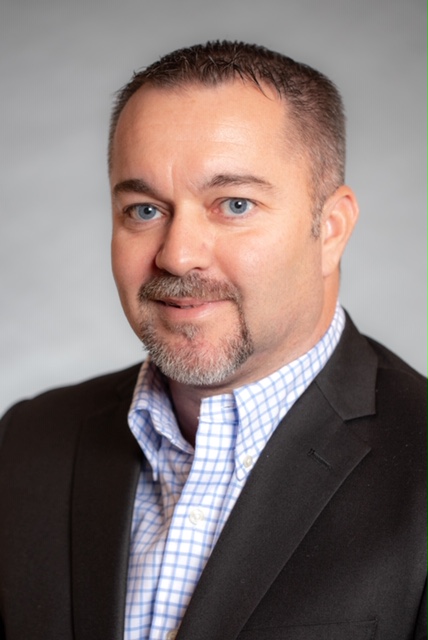 Larry Middleton is a true Georgia boy, born and raised in Carrollton, Ga.   Larry is the oldest of 4 children with 3 younger sisters.  Although he was very shy as a child, he enjoyed playing sports, 1st thru 11th grade he played baseball, football, and basketball.  However, when asked what his favorite childhood memory is he said “Riding my bike every day to meet my friends at the local baseball park.”

Larry has been in his field of work for the past 18 years.  His first job was working at Kroger while in the high school work program.  But his craziest Job was installing commercial HVAC systems, many of them in schools throughout Ga.

Larry graduated from Central High School of Carrollton, Ga and then a Vocational -Tech School majoring in HVAC systems.  While working in the HVAC field a very good friend, who knew Larry was a very handy guy, after months of trying, finally talked him into going into building maintenance.   He never looked back.  After being in the maintenance field for many years Larry was offered a position as the Superintendent for Atlanta United FC.  He was in that position for 18 months when he was promoted to Facilities Manager at the Arthur Blank Family Office.

When asked what contributes to his professional success he believes “never burning bridges and utilizing my network of intelligent work-related peers” keeps him successful professionally.  “I will never stop feeling/ showing great enthusiasm for position. When managing a facility, you have to take 100% ownership of the property. You must genuinely feel proud to pull into your second home.”  As a manager Larry believes in treating the janitor as you would treat the CEO, treat other as you would like to be treated.  Larry prides himself in taking care of his coworkers.   He enjoys his role mostly because he is the leader within his facility.  The safety and the business functions of the facility are his main concern. “I like being the manager in charge to make sure that my facility operates as effectively and efficiently as possible.”

The greatest challenge Larry has faced in his career is pushing himself to do more each day than he did the day before.  On a daily basis he has to ensure that no ball is dropped on any part of his position, which requires constant multitasking.  Some days that multitasking can be very challenging.  When asked what his biggest professional pet peeve is he said “it is when a coworker is capable of doing more, however is not willing to put forth the effort.”

A typical day at the Arthur Blank Family Office begins with Larry inspecting the facility for any safety concerns. Once that is complete, he visits all of the mechanical spaces. After that, it’s time for him to check in with the staff on-site to personally check on any tasks that they may need completed. Once he has completed all of that, he begins organizing the remainder of his day as well as upcoming days with vendor related tasks.  Larry is also responsible for coordinating and managing all of the high-profile events held at the Arthur Blank Family Office such as the MLS MVP press conference, etc. which he finds very challenging and rewarding.

Larry has 4 beautiful daughters ranging in age from 8 to 19.  He has had full custody of his two youngest daughters, ages 8 and 10, for the past 6 yrs.  He resides with his daughters in Powder Springs, Ga.   The furthest place Larry has ever visited or traveled to is the Bahamas.  However, his favorite place to vacation is close by in the Tennessee Mountains.  In his spare time Larry enjoys riding ATVs off road and building home made furniture.  He also likes to watch action packed movies, Taken 1-3 are among his favorite. To de-stress he works in his yard at home.  When asked if given the chance, who would you like to be for one day, Larry said it would be Arthur Blank.  That statement says a lot about the love of his job and the people he works for and with.  Larry has had many work accomplishments and achievements throughout his career.  However, his biggest achievement of all has been raising his two daughters on his own while pursuing his lifelong dream career.

Larry is a professional member to IFMA Atlanta as well as BOMA, and Chief Engineers of America.  Many of his work-related peers were involved with IFMA Atlanta and he felt it would be a great networking tool.  “It is the great networking IFMA has provided me that I believe has made me successful in my career.  It has benefited me greatly by providing me with top quality vendors as well as high qualified staffing candidates.”  Larry has recently begun looking into getting his CFM.