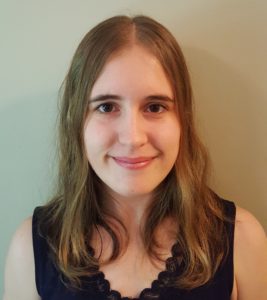 Gemma Peebles is relatively new to IFMA Atlanta, but her story is unique and shows just how varied and multi-faceted the field of facilities management can be.

Sure, we all know by now that facilities professionals keep America’s cities, town, shopping centers and workplaces operating around the clock. But often unseen to many, America’s military – with its hundreds of bases, camps, forts and other facilities around the globe – also needs facility management professionals.

And that’s where Gemma comes in.

Gemma is a 1st Lieutenant in the United States Air Force and currently a student at Georgia Tech working towards her master’s degree in Facility Management. Upon graduation, she will be assigned as an instructor at the Air Force Institute of Technology (AFIT).

For those who don’t know, AFIT – or the Air Force Institute of Technology is the designated graduate school of engineering and management for the United States Air Force and provides specialized training and education to both military and civilian personnel. AFIT is the graduate school equivalent to the undergraduate United States Air Force Academy in Colorado Springs. Located at Wright-Patterson Air Force Base in Dayton, Ohio, AFIT trains some of the military’s most elite leaders. The school’s alumni include over a dozen astronauts, a who’s who of military Generals as well as distinguished leaders in the civilian business world.

Gemma earned her undergraduate degree in Civil and Environmental Engineering from Rowan University in New Jersey. She attended Rowan with an ROTC scholarship with plans to eventually enter the military as a civil engineer.

After graduating from college in 2013, Gemma was assigned to Little Rock Air Force Base where she received more training and was assigned to an operations role. During that time, Gemma had the opportunity to attend a two-month training module at AFIT. Her time in Dayton at AFIT was transformational and Gemma realized that she wanted to be a part of the Air Force’s premier educational institution. She learned about a program in the Air Force that sends existing officer engineers to graduate school and upon completion to AFIT as instructors.

“It seemed like a dream job. You get to teach the future of Air Force civil engineers.”

Besides, Gemma was already working toward a primary pre-requisite of the program a master’s degree in asset or facility management.

“Ever since civil engineering 101 in undergraduate school, I was determined to get my masters degree and the air force strongly encourages all employees to further their education and pursue additional degrees,” she said.

While stationed in Little Rock, Gemma was already studying for her masters in Transportation Engineering from the University of Louisville. While still a 2nd lieutenant, she applied for the AFIT instructor program, but was deferred due to the limited time she has spent in service. Shortly after this time, Gemma was deployed to Kuwait, where she spent six months in an operations and asset management role for the Air Force. It wasn’t Peebles first time overseas. While in undergraduate school, Gemma took part in the Engineers Without Borders program in Gambia, Africa.

While in Kuwait, Gemma received a call notifying here that one of the AFIT instructor candidates had dropped out of the program and there was a spot available to her. After returning from Kuwait, Gemma applied to Georgia Tech, was accepted and moved to Atlanta.

“I knew all along that when I went for my masters I wanted it to be at Georgia Tech. I chose GA Tech for its reputation and program quality.”

Now, Gemma is attending Georgia Tech fulltime and also finishing up with her masters she started at Louisville with an anticipated graduation date for both degrees in December of this year. Upon graduation, Gemma will be assigned to AFIT in Ohio, where she will begin working as an instructor.

Q and A with Gemma: In her own words.

How did you hear about IFMA?
“One of my professors at GA Tech, Dr. Yang, is constantly encouraging us to go to IFMA events and/or join. I decided it would be a good idea to connect with experienced professionals and joined IFMA at the start of the summer semester.

What’s you favorite aspect of IFMA and how have you benefited most from belonging to IFMA?
“IFMA offers many events and connects students to professionals.”

Where did you grow up?
“I was born and raised in East Windsor, NJ and attended Hightstown High School.”

Tell us about your family.
“I have an older sister and two younger brothers. I currently live with my cat, Opie.”

What is your dream job? If you had to pick a different job, what would it be?
“I am working my dream job. I have a plethora of education opportunities, I am building my resume, I am growing professionally, and building a strong network of peers.”

Tell us one thing people might be surprised to know about you.
“I’m in the Air Force but I do not fly planes.”

What is one book you are currently reading?
“I am in the process of reading “Start with Why” by Simon Sinek. It is a great perspective on leadership.”

If you could have a freeway billboard sign with any content you wanted on it, what would it say?
“Soak up as much sunshine as you can from every experience with which you are blessed.”

What are some of your hobbies or interests? What do you do to relieve stress?
“I love to hike and experience new outdoor activities. I also love to read and often wind down in the evenings with Sudoku and coloring books.”

Other than your career, what other skill would you like to develop most in life?
“I would like to become more skilled at cooking. It’s something I love to do and I’d love to study it and learn the science behind it.”