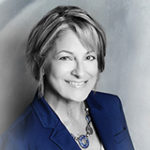 Debi is a motivated executive professional with 25+ years of progressive experience in Sales/Marketing/Advertising environments including Print, Radio, Television, Digital and Experiential. She has worked both as a business owner – owning 13 magazines and a travel show among other businesses – and as an employee for major broadcasters – CBS, iHeart Media, Cumulus and Entercom. Originally from Pensacola, Florida, she has spent time in multiple markets around the country and made the decision to relocate in 2015 from Las Vegas back to the East Coast, choosing Atlanta as her new home. Now an integral part of the Atlanta Commercial Real Estate industry, she is the VP of Business Development for The Green Season Group Landscape Company here in Atlanta. She is active in IFMA Atlanta having served as the co-Chair for the Communications Committee and the Chair for the Associates Committee, and volunteering on several other committees. She is the founder/President of Lipstick & Heels and serves as a Mentor to Hillside Academy. Ms. Gilbert is a mother of five, and grandmother of eight.